The first official release on Blonde Vinyl Records. Considered by many to be a classic gothic album. Some even consider it to be the first Christian goth album. It was never released on CD, and copies are now hard to find.

Brian Healy became the band’s manager and “default psychiatrist” in 1984.

Review: “Idle Lovell was the first(?) of the Knott secular-deal-hopeful bands that played around LA clubs and sent around demos. Idle Lovell’s 30-minute 6-song EP, SURGE ET ILLUMINARE, was the first Blonde Vinyl release, and the only one to actually be pressed on vinyl. *FANTASTIC* album, with a more Sisters of Mercyish dark synth dance sound. (Lifesavers Dance?!? LSD??!!) Features earlier versions of “I Can’t Wait” and “Shallow.” Weird ownership technicalities make a reissue unlikely. What a shame…” Michael Toth 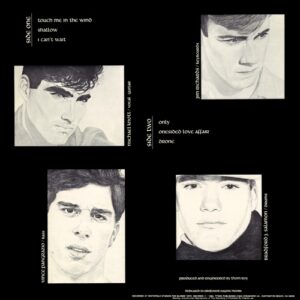 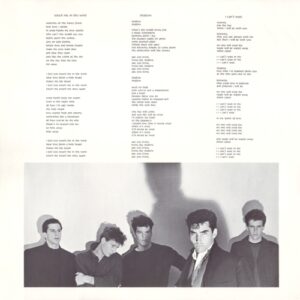 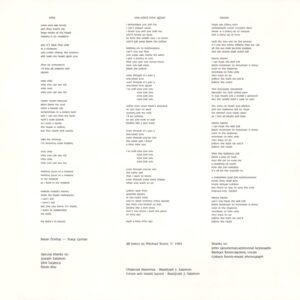 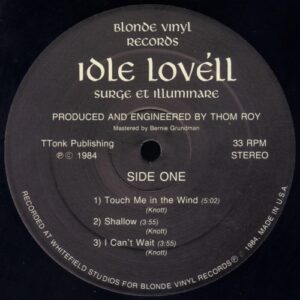 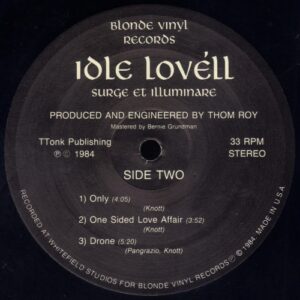