An oddity in the Blonde Vinyl / Michael Knott catalog. Passion to Pass was led by Chris Lizotte. According to Lizotte, this was a self funded record. The band was friends with Michael Knott, who had a dream of starting a record label at this time. Knott asked if they would stamp the Blond Vinyl label name on the record, and they did. Other than that, it seems Knott was not involved with much else. The record label is spelled “Blond Vinyl” and the songs are copyrighted to Knott’s TTONK publishing name, but there is no other mention of Knott on the album. The band members are listed by first name only on the jacket, while the songs are only credited to last names. “I Ask You Ask” was re-written as “I Pray You Pray” for the Lifesaver’s Kiss of Life album in 1986, credited to “Chris Lizotte, Bill Robinson, & Jim Arkin” as song writers. These three are assumed to be the part of Passion to Pass, leaving Marc as a mystery member. 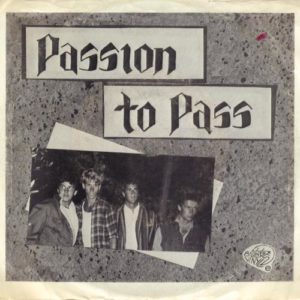 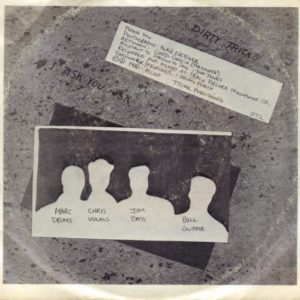 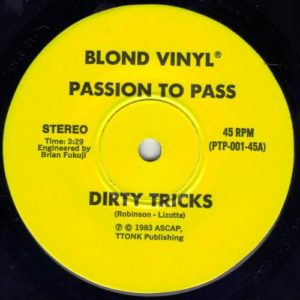 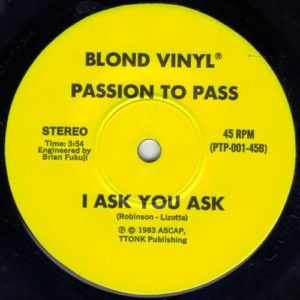