The One was an early band featuring Michael Knott and early collaborator Bradford J. Salamon. According to Salamon, this was their first “real band” that they formed when they were 14. The band originally started off as The Hightops. At some point after 1978, The Hightops changed their name to The One. The main influences on The One were X, The Ramones, Sex Pstols, Violent Femmes, and even The Who and B-52s. Knott and Salamon had put an ad in Recycler magazine looking for a guitar player to join the band. Lori Desmond LeClaire brought Bobby Brock to the audition and he was soon in the band. They were still active until at least 1981. Knott’s father Howard would often record the band practices at Salamon’s father’s art framing business in Fountain Valley, California. They also had gigs at places like the Cuckoo’s Nest in Costa Mesa – a historic punk club. Knott was so popular at this high school (Mater Dei High School) that at least half the crowds at their gigs would be from the school.

Some demos were recorded, but those have not been released. A part of one of the recorded practices was uploaded to Facebook by Salamon in 2020 when Brock sadly passed away. The video was of the band practicing “I’m Poor.” There seems to also be a separate band that Knott and Salamon were in at this time called Mike Knott’s Rubber Band. 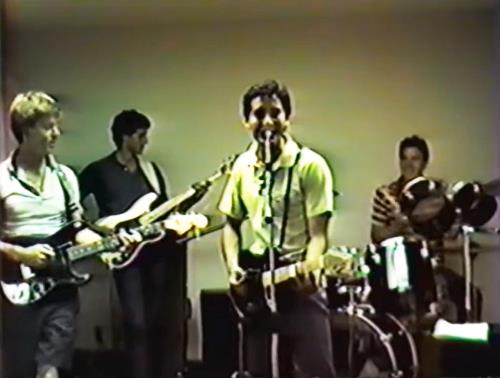 Some of their songs included: