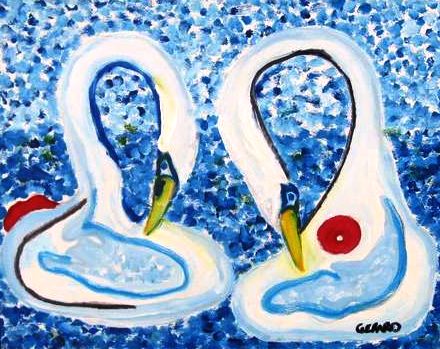 Found on eBay with these details: “The lyrics are for a yet to be released song in honor of American soldiers fighting in Iraq and Afghanistan. I was told that Michael wrote the lyrics on the back of the canvas and forgot they were on there when he created the painting. It was part of a fund-raiser for women’s breast cancer. The two swans represent two of his sisters.”