The Lifesavors change name to just Lifesavers, as well as change a few members. Michael Knott takes over as the frontman at this point, too. Probably one of the most mellow Lifesavers albums out there. Contemporary music with a slight alternative/new wave punk edge.

The horse that Knott is riding on the cover is also the mother of the horse on the cover of Adam Again’s Perfecta album. Both horses were owned by Wendy Knott (aka Windy Lyre).

Michael Knott had this to say about the song “Dreamin'” in 2017: “So years ago in my 20’s I got popped for too many Vespa scooter tickets. Brian Healy got me out of the Santa Ana jail. I got three months of Cal-trans or trash pick up with a bright vest on the 405 and elsewhere. There were 10 or so of us getting gas in Tusten. The driver was out of the car, and some smart-a changed the driver’s radio station with a spin on the nob. All of the sudden, it was me singing this song on the Christian station at the time and some one said – after they heard it was the Lifesavers and a Christian station: ‘What the hell is this crap?'”

He also had this to say about a contribution idea that Doug Doyle had for the record on the song “Free Her”: “Doug said, let’s put some wizard of Oz o-i-o’s in this!” (see https://www.youtube.com/watch?v=Jtie6r27JeU).

Review: “Despite some highly respectable cuts, Knott would like to act like Lifesavors’ 1986 KISS OF LIFE never existed. If he has any say, this will never see a reissue.” (source unknown)

Other information:
Re-released in 1995 on Alarma Records with a slightly different cover. 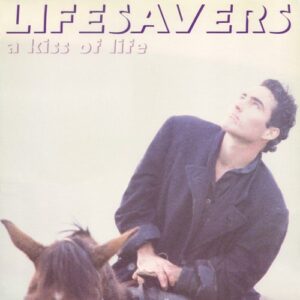 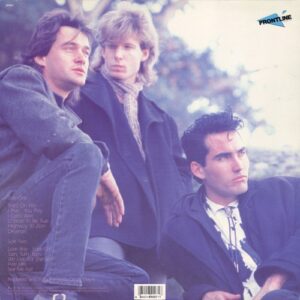 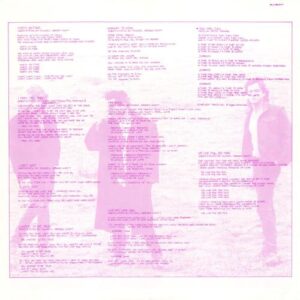 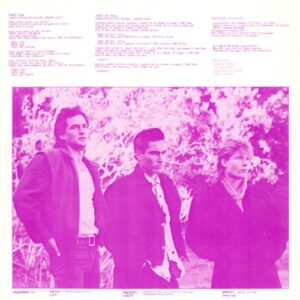 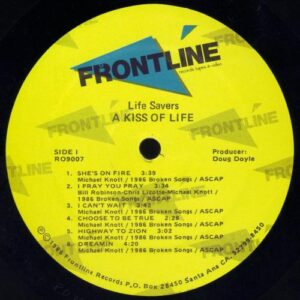 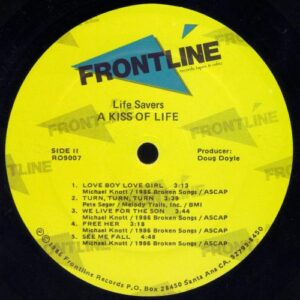 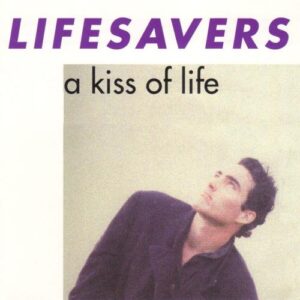