According to Mike Indest, producer of this compilation, “The Basement Tapes idea was to showcase new indie artist that have been influenced by the artists that DTL (Down The Line) covers. In some ways the artists on the comp are the second or third generation of ‘Alternative Christian Music.’ The bloodline has been hijacked and this was a way to keep the thread going.” From the official press release: “In all, fourteen artists delivered twenty five tracks. The album art was painted by another figure that looms large over this ‘second or third generation,’ Michael Gerard Knott of L.S.U./Lifesavers and Aunt Bettys, and bassist for the most current iteration of Lifesavers, Joshua Lory, is also a contributor to the project.” 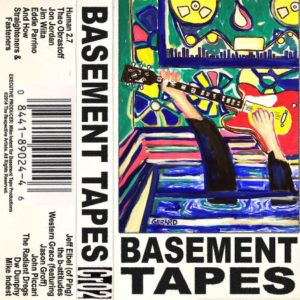