This independent CD-R was only sold at Michael’s concerts in 2003. These songs are rougher demo versions of songs that appeared on the official Hearts of Care release. One song on this CD did not make it on to the official release.

The copy of this that I have came in a box of other concert bootlegs, and was labeled “Mike Knott & Ticklepenny Corner” by Mike’s manager. There are other people on the CD, so I put the main members of Ticklepenny Corner below as “assumed” members. 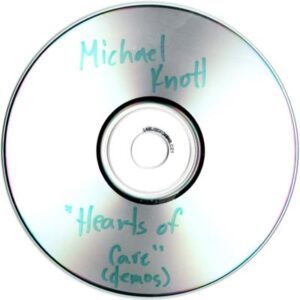