Idle Lovell was a band that Michael Knott started in between different incarnations of The Lifesavors/Lifesavers. He was joined by his friends Vince Pangrazio on bass and Bradford J. Salamon on drums. Pangrazio and Salamon had also been a part of Knott’s first “real band” The One (aka The Hightops). Jim Richards also joined as the keyboard player.

At some point, a publicity photo shows a fifth member of the band, who was only in the band long enough to take the publicity photo. Knott’s long time collaborator Brian Doidge also joined the band not long after the promo photo was taken. 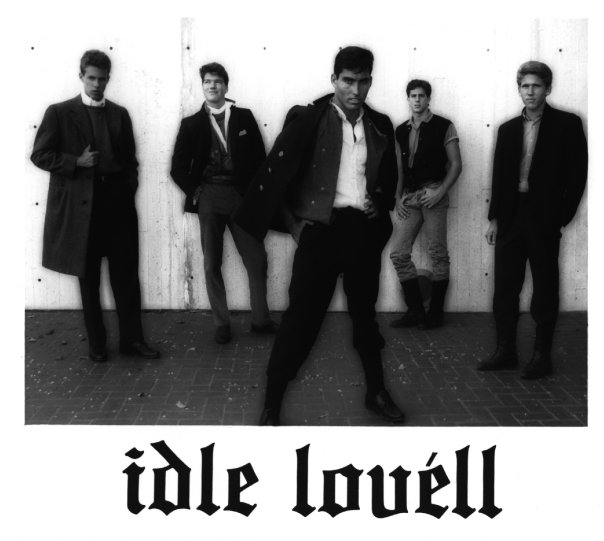 The band played around the L.A. club scene, passing out demos and hoping to secure a big time record deal. A flyer posted online lists one show on March 16,1984 at the Lhasa Club opening for Zoogz Rift and Earth Dies Burning. 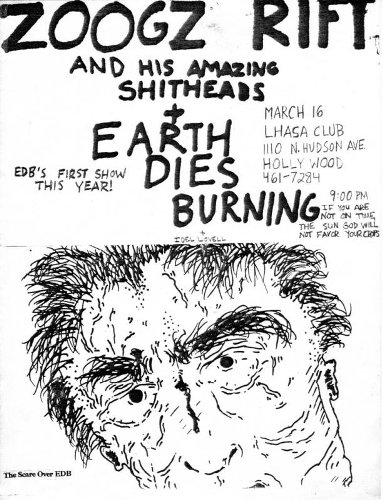 Band members and fans also recall a sold out show in 1983 at The Golden Bear, a club that they were all too young to legally enter. According to Rod Roels, he drove up in the alley behind The Golden Bear to find Knott painting someone white for the show. His recollection of the show describes the spectacle of an Idle Lovell show:

“White-painted ‘statues’ that re-posed between songs, early appearance of Mike painting his face white during a song ‘Dagger & Apples’, one apple of which I remember being inadvertently flung off the dagger and into [the] kick drum. Pure music theater that night.” 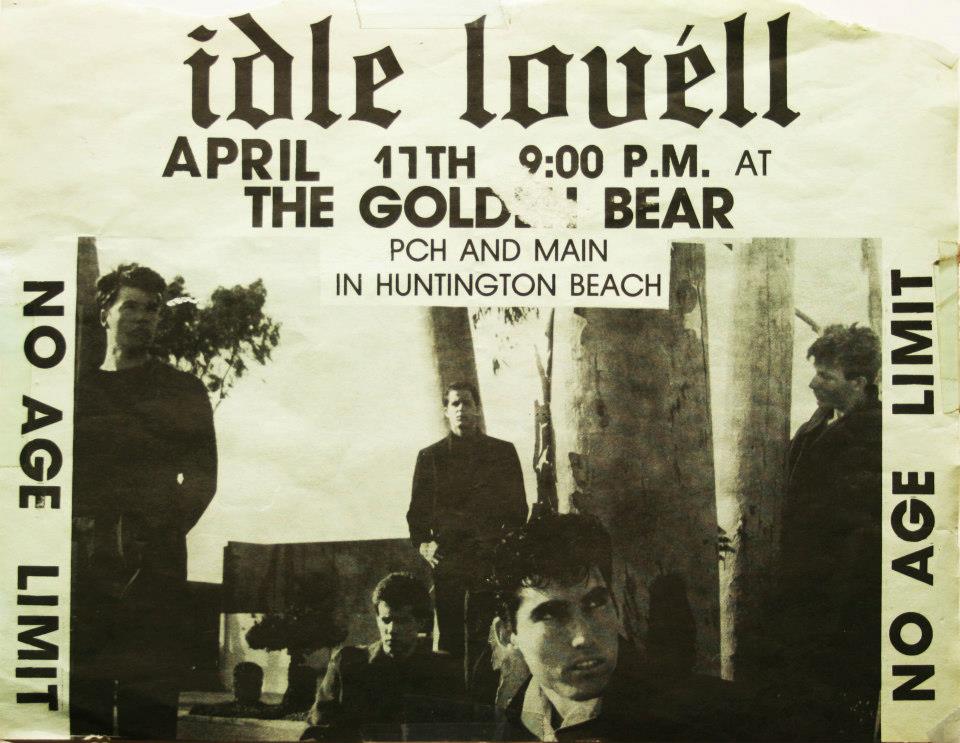 Above: Flyer from The Golden Bear

In 1984, Idle Lovell recorded their classic album Surge et Illuminare. Only six songs were released on this vinyl-only ep. According to some sources, the other unrecorded songs mostly made their way on to various LS Underground albums. The record was also the second time that “Blonde Vinyl Records” was listed as a record company.

Even though it was produced in limited numbers, the album seems to have made its way far and wide. It sometimes ends up being the only Christian album to be posted on non-Christian goth fan sites. It was ranked #466 in the CCM’s 500 Best Albums of all Time blog.

Above: Band Picture from Surge et Illuminare, with 5 Members

There is not much information about how the album recording session happened, but long time Lifesavors producer Thom Roy was brought in to produce this album as well. According to Salamon:

“When we made the album a guy named Thom Roy was the producer and he wanted me to use a metronome to keep perfect time. I handed it back and said, “no chance”. My time my not have been perfect but I was trying to play like a human not a machine.”

Apparently, the band all lived in a small apartment in Los Angeles that inspired many of the songs from Rocket & a Bomb. According to Knott, the band broke up when he told them that he was going to record another Lifesavers album. Pangrazio was also dating Knott’s sister at the time and apparently did not take the news very well, which led to a fight that ended the band. This is, of course, Knott’s recollection of the break-up, and other members might have a different story 🙂