From Ryan Kennedy: “Michael Knott is probably my single biggest musical influence. If you watch this video and wonder what amazing song I’m ruining, its called Double and it appears on the record Graceshaker by Mike’s band LSU. Do yourself a favour and look it up. It’s on Spotify kids, no worries. Thx to the Flavour crew & Film Kelly for the cool vid.” 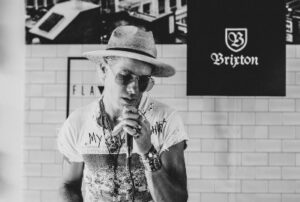