This 2016 release of demos from 2015 featured L.S. Underground / Lifesavors bassist Joshua Lory leading his own horror punk band. Originally planned as a stand alone release, Cast The Dragon was picked up by Sky Burns Black records to re-record these songs for an official release. That release never happened, but in 2020 most of these songs were re-recorded and released as Annihilate the Adversary on Thumper Punk Records. Jim Chaffin (of The Crucified), Skot Shaw (of Leper), and XL (of XL & DBD) all made guest appearances on that album. 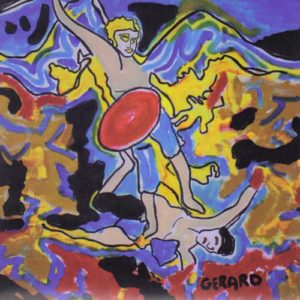