After a successful Kickstarter campaign, Michael Knott and band performed the entire Rocket and a Bomb album live in concert. The concert happened on November 7, 2014 at the Christ Community Church in Concord, California. Dead Artist Syndrome was the opening act and Michael Knott was followed by a special set by Michael Roe (the 77’s and Lost Dogs). The concert was recorded for a special live album and DVD release. 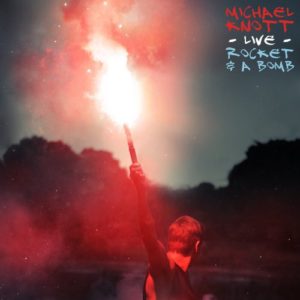