All of these songs were released on Michael’s official MySpace page (http://www.myspace.com/michaelgerardknott). All were available for download at some time. 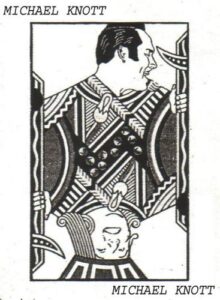 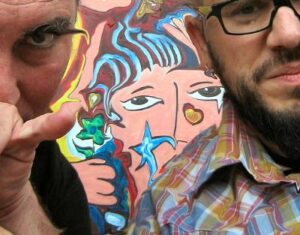 The Girl From Ipanema by Mike and Rick (posted January 4, 2007). This song has been sung by many artists over the years, including Frank Sinatra. Recorded in Hail Mary Studios.

Mr. Low by Mike and Rick (posted May 10, 2007). This song is about deleting the pressing self blaming that can accumulate and attack within our lives.

So Far Away by Mike and Rick (posted November 30, 2007). This song was recorded Thursday November 29, 2007 by Michael and Rick in HM Studios. An important note about the song is that while the content is political, it is NOT intended to be politically motivated, nor is it to express our opinions on the War in Iraq. The intent of this song is an attempt to connect with the way the soldier, and the families of our soldiers feel. Regardless of your opinion on the U.S. involvement in Iraq we need to support our troops.