Cricket was an early name for The Huntingtons. This demo has a mash-up of “In the Ghetto / Suspicious Minds / Skinny Skins.” It was kind of like the lyrics to “In the Ghetto” mixed with the music of “Skinny Skins,” then added to the chorus of “Suspicious Eyes,” ending with a few snippets of “Skinny Skins” lyrics. This track also appears on a compilation demo called Brown Cow. 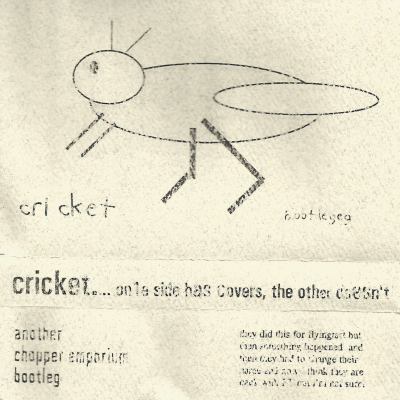 Cricket
One Side Has Covers, The Other Side Doesn’t
1995 Independent