From the old Knott page news section: Mike’s second “official” post-Aunt Bettys solo project show was held on March 4, ’98 at the Viper Room in Hollywood. The show attracted a large crowd, including many of the industry reps invited from labels such as Atlantic, Interscope, and significant smaller labels. Jerry Harrison of Talking Heads, Tom Morello of Rage Against the Machine, and the bass player of Live were also seen in attendance. They were there to see bands following Knott, but they heard Knott nonetheless. 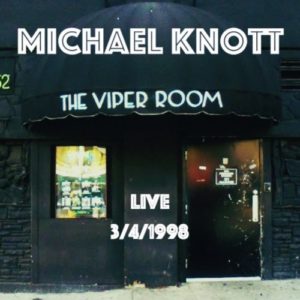