An oddity in the Michael Knott catalog, “Want Me” is Michael’s one foray into a type of techno/disco music called Hi-NRG. This single was apparently such a big hit internationally in the club scene that a major label offered Michael a contract. Michael didn’t want to become known as a techno-pop star, so he declined the contract and apparently even burned every copy of the single that he could find.The single also earned a mention in the December 5, 1987 issue of Billboard Magazine: “Also recommended on Vision is Michael Moret’s ‘Want Me'” (page 27 – see also the listing for the single on page 67).

This single has never been released on CD, but one mix of Want Me did make it on to a German techno compilation called “Freestyle Meets 2 Step” in 2001. 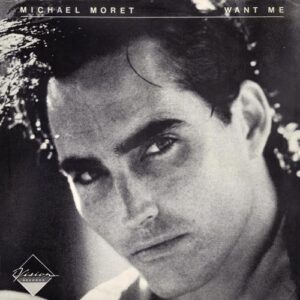 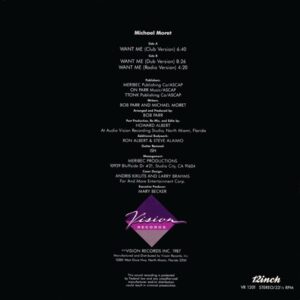 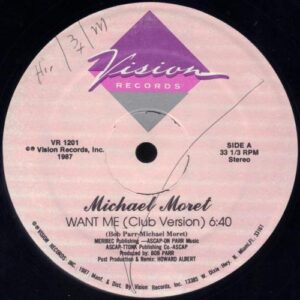 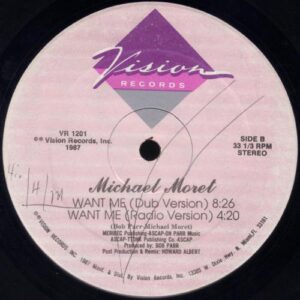 3 thoughts on “Michael Moret | Want Me”