There are actually three different versions of this demo, all containing a cover of the Lifesavers “Daddy’s Whomp.” This song was originally released on MySpace before being released on this CD. Here is what Shisho had to say about the song when they released it:

“June 28, 2006 –
DADDY’S GONNA WOMP MY HEAD!
NEW SONG Daddy’s Womp! – Written by Michael Knott, Originally performed by he Lifesavers. Michael Knott is a favorite of Vivian and Midge… in fact, Michael Knott was Midge’s first show… she was just over two-weeks old. And yes, ShiSho got permission to record this one… THANKS MIKE!!!! Check out his NEW Band.. STRUCK LAST MAY” 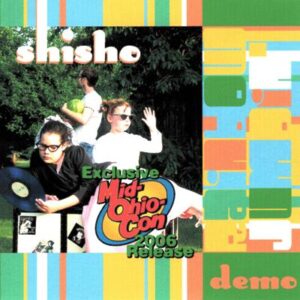 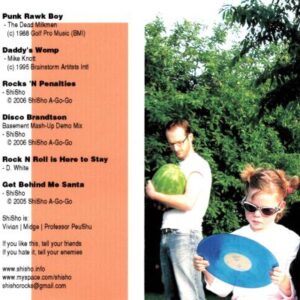