The last of the Aunt Bettys. A collection was planned, but never released. This is a collection of demos that they had been working on for a second album. See the liner notes below for more information.

This collection was re-released digitally on BandCamp in 2016 with 5 bonus rare tracks. 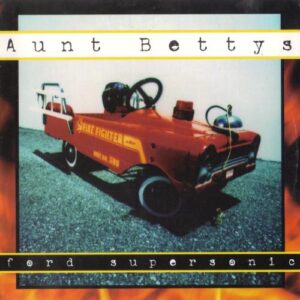 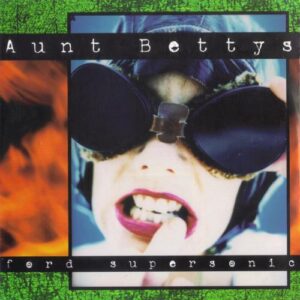 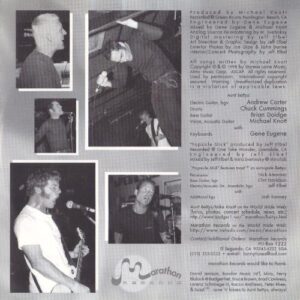 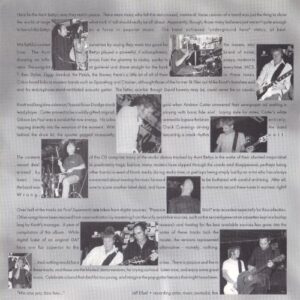 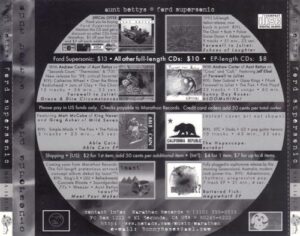 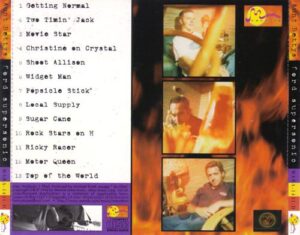 Here lie the Aunt Bettys; may they rest in peace. There were many who felt this star-crossed, maniacal, loose cannon of a band was just the thing to show the world at large what rock ‘n’ roll should really be all about. Apparently, though, those many believers just weren’t quite enough to launch the Bettys as a force in popular music. The band achieved underground hero status, at best.

We faithful content ourselves by saying they were too good for the masses, anyhow. The Aunt Bettys played a powerful, if schizophrenic, brand of noise, drawing on influences from the glammy to rootsy, punky to poppy, modern to retro. The songs hit at gut-level and drove straight for the hook every time. MC5, T. Rex, Dylan, David Bowie as Ziggy Stardust, Sex Pistols, The Rolling Stones; there’s a little bit of all of them in these tunes. Critics found links to modern bands such as Spacehog and Cracker, although those of the former ilk filter out Mike Knott’s banshee wail and his microphone-stand-ventilated acoustic guitar. The latter, acerbic though David Lowery may be, could never be as caustic.

Knott and long-time sideman/bassist Brian Doidge struck gold when Andrew Carter answered their newspaper ad seeking a lead player. Carter proved to be a wildly gifted original, playing with bona fide soul. Laying style for miles, Carter’s white Gibson Les Paul was a conduit for raw energy. His solos seemed to bypass the brain entirely, tapping directly into the emotion of the moment. With Chuck Cummings driving the band behind the drum kit, the quartet gigged incessantly, becoming a crack rhythm unit.

The contents of this CD comprise many of the studio demos tracked by Aunt Bettys in the wake of their aborted major-label record deal. In predictably tragic fashion, many masters have slipped through the cracks and disappeared, perhaps being erased by other bands in need of blank media during studio time, or perhaps being simply lost by an artist who has always been too worried about moving his music forward to be bothered with careful archiving. After all, the band was sure to score another label deal, and have a chance to record these tunes in earnest, right?

Over half of the tracks from Ford Supersonic are taken from digital masters. “Popsicle Stick” was recorded especially for this collection. Other songs have been rescued from near-extinction by mastering from the only available sources, such as the second-generation cassettes kept in a burlap bag by Knott’s manager, David Jenison. A year of research and hunting for the best available sources has gone into the compilation of this album. While some of these tracks lack the digital luster of an original DAT master, the versions represented here are far superior to the alternative – namely, nothing.

… And nothing would be a crime. There is passion and fire in these tracks, and these are the blasted demo versions, for crying out loud. Listen now, and enjoy some great songs. Celebrate a band that died far too young, and imagine the pop-guitar heroics that might have been.
“We miss you; boo hoo…”